......blocking stuff from the east 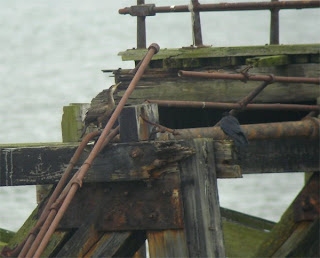 Shag and Carrion Crow have a bit of a run-in on the picturesque wooden jetty. Photo by Mike Watson. This is the ringed bird but we have not been able to get anywhere near it to read the number