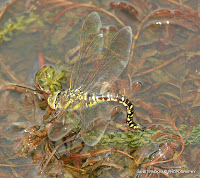 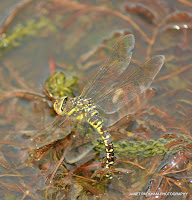 White-line dart-fest but no Bonaparte's Gull

Heysham Obs
A pretty careful search by four observers, three with previous experience of the bird, on the incoming tide drew a blank.  Now is the time to start searching other nearby gull flocks as it is absolutely typical for the higher tides to cause minor displacement of outfalls gulls (c/f in wing moult)

Outfalls/Red Nab later stages of incoming tide
Kittiwake - 2ns CY
Sandwich Tern - one end of Heysham one at low tide
Med Gull - at least 14, 7 of which were 2CY, one 3CY and two juvenile. All these at Red Nab end or seaward end of Heysham one outfall as viewed from north harbour wall this early morning.  No check made of the usual loafing area between stage one and the wooden jetty at low tide
Bonaparte's Gull - no sign

Office area
Tree Sparrow - at least one around feeder mid-am

North harbour wall
An actinic trap produced by far the largest ever single trap catch of White-line Dart (222) in Lancashire.  Lots more new 10km square records for SD36, the best being Archer's Dart and a worn Broad-barred White.  A Dot Moth was a little out of its usual suburban middle class habitat.  A single migrant Diamond-back Moth also of note
Posted by Pete Marsh at 13:37 No comments: