Heysham Obs
More research on the heliport roost this morning.  The usual roosting Oystercatcher flew straight from the skeers off Heysham Head, as they were being covered from about 0915, straight to a sub-roost off Red Nab.  This is despite an increasing degree of rockiness at Half-moon Bay deterring any beach incursions by dog walkers.  Therefore they were definitely not being disturbed from any sub-roosting off the heliport.

The foremost Planning Condition for the permission to erect a turbine along the seawall was fencing off the heliport from casual access and thus non-disturbance of the roost at or just before high tide.   Nothing has happened - in the hands of two arms of Peel Holdings - Peel Ports and Peel Energy - other than a brand new padlock on the gate at the Near Naze end.  This of course simply makes things worse as it "directs" people along the seawall to the side of this gate via a gap which would e.g. qualify as disabled access, on both width and surface quality, so it looks like a path!  As word has got round that the old notices are defunct,  more and more people are encroaching on the heliport area, mainly using the seawall as a dog-walking route with the increasingly long grass becoming the 'dog toilet' and therefore not a pleasant alternative walking surface other than along the well-trodden desire line to the broken-down fence near the eastern end.

So a change in behaviour over the last two weeks with the Oystercatchers presumably reacting to displacement on every high tide by roosting further away from the feeding area at Red Nab (lower tides) or Middleton saltmarsh (as today on a higher tide).  Today 1200 Oystercatchers arrived to sub-roost off Red Nab from 0917-0930hrs and a further 1300 together at 0935.  This, of course is way before HT (a 9.03 metre at 1304hrs) but reflects the lower beach skeers being covered during the early stages of the incoming tide.   They were then displaced by the incoming tide from 1130hrs and flew towards Middleton with no exposed roosting area left at Red Nab by 1300hrs.   Red Nab is an adequate roost up to about 8.5 metres, providing no strong wave action surging the tide.  However, both Red Nab (twice the distance) and Middleton (four times the distance) represent a significant extra energy expenditure by birds which would otherwise have sub-roosted off the heliport and used the seawall there at all heights of tide

It will be interesting to see what happens when the Knot and the rest of the Oystercatcher and Redshank which formerly used this roost do when they arrive back for the 'winter' in about a months time.   Unfortunately the disturbance is by LOCAL people walking their dogs - this is habitual and 24/7 and not going to decrease during the key winter months - and one can only assume that they are supremely indifferent as to whether they have a spectacular high tide roost on their doorstep as their chosen dog desire line takes precedence over all.  Polite conversation with the protagonists also suggests we have reached the stage of habitual behaviour where anything less than a robust fence will last five minutes - "hell hath no fury like a blocked desire line"

Red Nab/Ocean Edge
Little Gull - adult feeding on the seaward end of Heysham 2 outfall at low tide
Med Gull - 4 x juveniles, mainly the seaward end of the outfalls at low tide with just the one remaining there on the high tide WeBS.  No adults located on the WeBS!
Cormorant - 107 on the wooden jetty a high count for August and there may have been another 5-6 hidden behind structures
Redshank - 119 Ocean Edge saltmarsh, 42 on the Near Naze
Lapwing - 5 Near Naze

More to come from the early morning watchers here?

Moths
Barred Red, Old Lady and Rush Veneer were the pick of the bunch

Thanks to Janet for these great pics 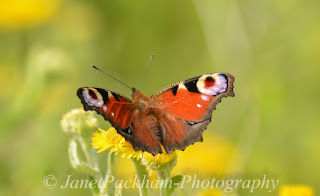 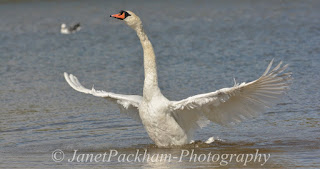