Heysham Obs
Very poor coverage at the moment - sorry but everyone seems to be unavailable at the same time, so this is likely to be a rather intermittent/sparse run of postings for the foreseeable future 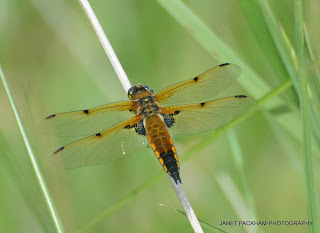 Heysham Obs
Not usually given to rants but why do I pay for BT ""broadband"" when it takes up to 25 minutes to access this site.  Answer: shouldn't live at such as nice remote location out in the sticks.  I'm not around the Obs tomorrow so could someone else please post anything seen.  Thanks.

Ringing recovery
Alan has the details but there has been one of our Twite caught recently at Clachtoll, nr Lochinver - a population which mostly seems to winter on the east coast, including Orkney.  We have one previous involving this site.  ( This bird was captured by Tony Mainwood at one of his Clachtoll feeding sites on 16/05/2013 wearing our ring D137952.  It was ringed at Heysham Harbour as a juvenile female on 05/03/2013.  It is presumed to be breeding in the general area of capture in the highlands. ajd).
Outfalls
Med Gull - usual 2CY
Common Tern - 1
Kittiwake - 2 2CY
Posted by Pete Marsh at 00:33 No comments: