Heysham Obs
Most people otherwise occupied today - in my case one for the cricket buffs talking to ex-England/Derbyshire bowler Harold Rhodes about 20:20 cricket and nesting Spoonbills - another person who has been in the public domain who has taken up quite serious birding in later life.  This was at the funeral of a lifetime friend of my parents (posted by Pete Marsh). 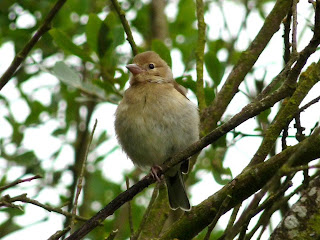 Thanks Janet
The moth trap was not checked until 1030 and held nothing memorable other than perhaps Red-barred Tortrix (per John)
Elsewhere
Adult Yellow-legged Gull and juvenile Med Gull Lune Estuary, Glasson area
Posted by Pete Marsh at 23:13 No comments: