Heysham Obs
Dont know what happened with yesterdays posting but its is now below this one - maybe it was such inconsequential rubbish, the blog refused to post 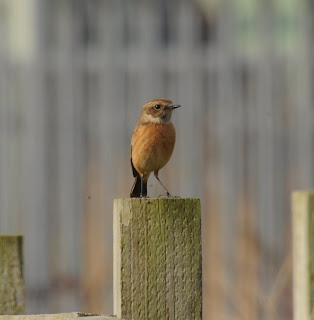 Thanks Janet for this and the Gadwall pic below

North harbour wall
Purple Sandpiper - one just the south side of harbour on rocks with Turnstone
Eider - c153
Twite - 95, 7 unringed, one Machrihanish bird and at least 18 with rings pre-winter 2012/3
Med Gull - remaining wintering female (unringed), new male displaying to her with not much summer pluameg on head & 3CY trying to muscle in and indicating that he is also a male.  NO sign of Czech-ringed adult, presumed gone (as usual by now)

Middleton NR
The usual quota of ducks, including: 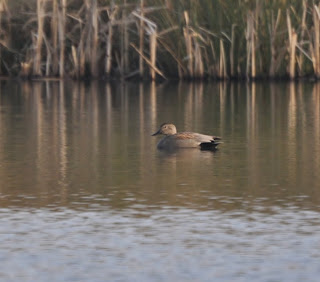 Moths
An Acleris hastiana of the stripy form was disturbed by the office and a Dotted Border was in the trap
Posted by Pete Marsh at 15:14 No comments: