Heysham Obs
At last I've seen a stork in the Lancaster & District BWS recording area (previous experiences very painful, especially Black - almost as bad as the Ross's Gull!), albeit rather distant views of one located by Jean Roberts coming in-off at the north harbour wall.  It did its best, behaviour-wise, to lessen the "unknown origin" caveat as it circled inland just south of Heysham Two power station (as seen from the NR office) and headed to the south-east over Middleton NR.  Quite a productive vis mig session for Jean on the north wall:


Moths
First Chestnut and Early Thorn of the year 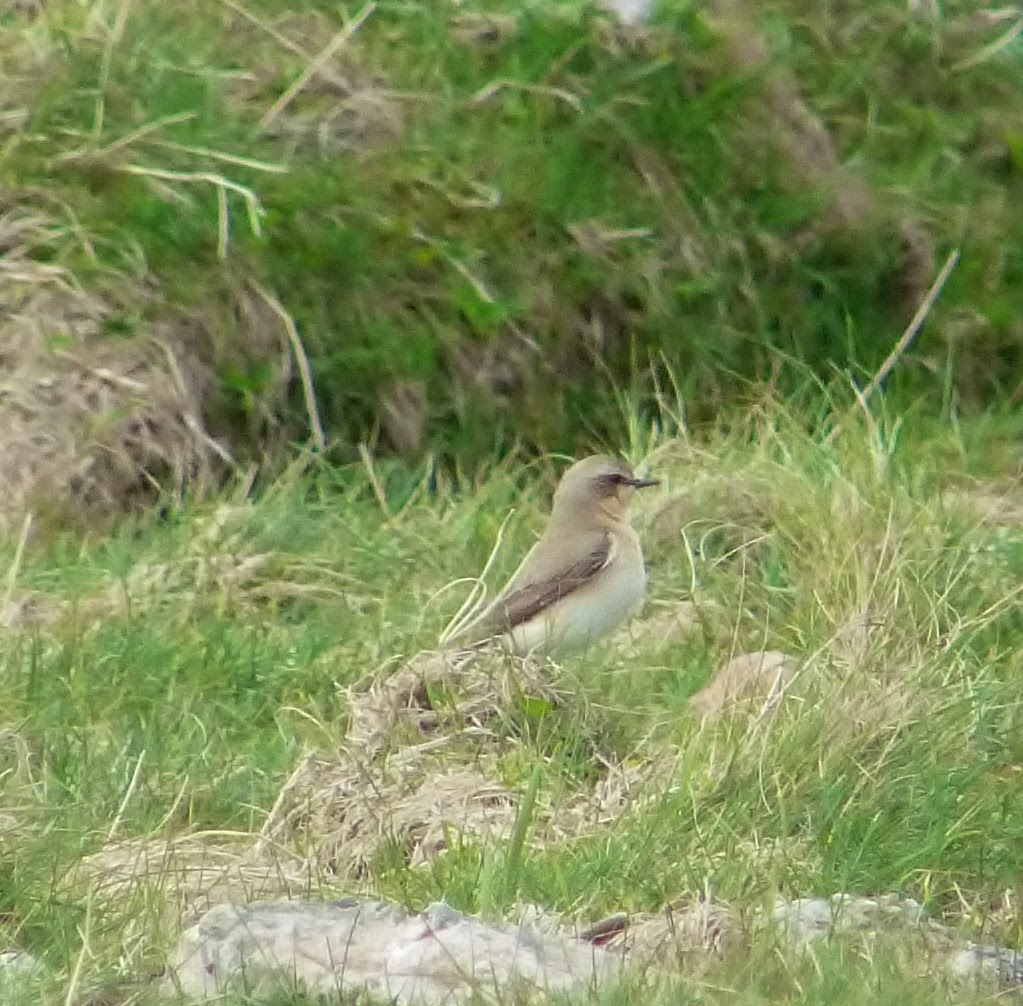 Wheatear at Ocean Edge.Apologies for poor quality of pics my Nikon is being cleaned at the moment.  Janet Packham