North wall seawatching for about 1.5hrs
Sandwich Tern - 15 out
Arctic Tern - c40 in addition to the outfalls birds - mainly blogging/feeding
Gannet - 2 ad & one imm
Common Scoter - 10 in
Auk spp - 4 out, one in 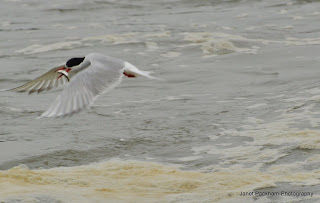 Mammal
Grey Seal
Posted by Pete Marsh at 11:57 No comments: