Heysham Obs
Middleton CES
This was pretty dire in rather good mist netting conditions.  Reed and Sedge Warblers did not move - singing males were singing from the same places all early morning and females were non-existent/sitting quietly on nests.  A couple of very yellow juvenile Coal Tits were a complete surprise and reminded me of ringing in Ireland with the much yellower form there.  I'm not used to Coal Tits straight out of the nest and they are much yellower-cheeked than Great Tits of the same age.  Specifics:

Moths
The butterfly transect included two more Burnet Companion from a different site on the reserve and one was seen again along the entrance road bank.  Therefore, assuming little movement, at least 5, probably 6 individuals seen this year on HNR after last year's first record.  Surely not previously overlooked?

A better selection in the trap included Light Emerald, Riband Wave, Common White Wave, all new for the year.  The third record of Orthotaenia undulana was in the trap (the second from the south of the reserve, the other from the north (SD46)).  Other micros were found and photographed by Janet and included Nettle Tap, Dichrorampha alpinana (on known distribution and distribution of foodplant - Ox-eye Daisy), and Grapholita compositella 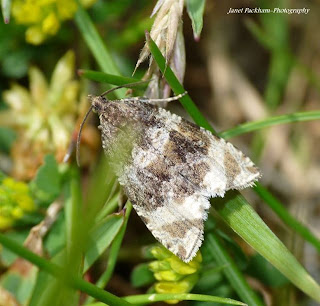 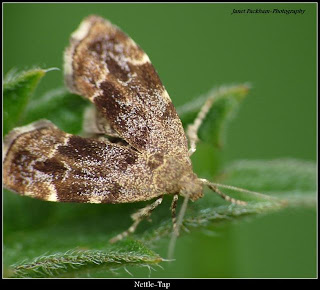 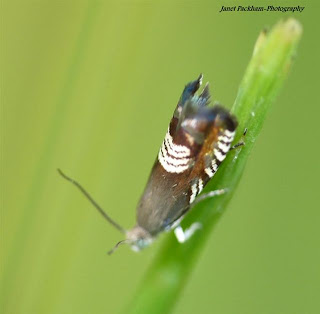 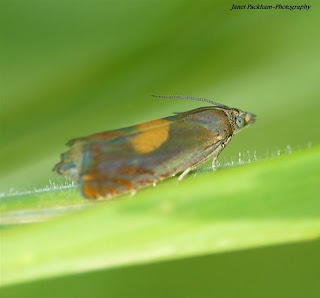 Thanks for these, Janet