More Blackbirds and some old friends

At least 100 Blackbirds from observations around the recording area with at least 60 on or passing through Heysham NR alone.
The "old friends" were a Robin first caught in August 2011 at Heysham, a Dunnock first caught in July 2013 at Heysham and a Cetti's Warbler at Middleton NR which was first caught in October 2015. 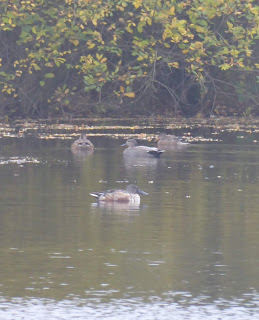 More later when sound recorder consulted!!!
Well, nothing of any note on the sound recorder - plenty of Robin, Wren, Carrion Crow, Magpie and Blackbird noise and a few Chaffinches plus the odd Bullfinch.

The Green Woodpecker is still around.

A female Blackcap appeared in the nets later in the day.

A Raven sat for a while on one of the pylons.