Two Gannets, a Silver Y and a Med Gull

...........just about sums up the morning.  The Gannets were just before the IOM ferry - sub-ad and 2CY, the Silver Y was in the moth trap (along with a most unremarkable collection) and the 1st summer moulting to second winter Med was on the mud by the outfalls and seen on one leg at least to be unringed 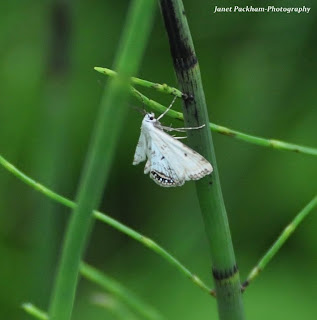 Small China Mark moth in the wetland area at Heysham NR today - the most regular of this group of moths at Heysham.  Thanks Janet