A nice CES day plus some 'vis' and the Reeve's Pheasant is back! 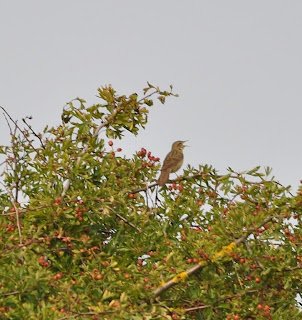 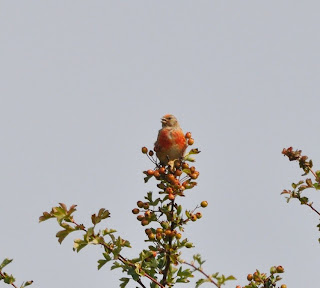 Hawthorn bush songsters at Middleton. Thanks Janet
Heysham Obs
Well over 100 birds were ringed on the combined Middelton and Heysham CES this morning with a significant influx/left-over-from-yesterday of Sedge Warbler at Middleton.   All vis-miggers take note that single flava Wagtail and Tree Pipit passed overhead to the south-east

Moths
A huge catch was dealt with in increasingly hot 'shifts' and many escaped.  Two Ypsolopha scabrella, 3 White-line Dart, one Southern Wainscot, 2 Dogs Tooth, 6 Dingy Footman and two Bordered Beauty were perhaps the best.  A sudden emergence of Common Rustic agg with 38 appearing
Posted by Pete Marsh at 14:08 No comments: