The sweltering "warmth" of summer!

Teperature reached 16 degrees at 14:00. Hardly hot, but enough to stimulate some insect activity.
Middleton Nature Reserve early afternoon.
First records this year, to my knowledge:
probable Common darter 2 (very early for common and can't completely rule out Red-veined darter yet for this teneral, the other was distant) 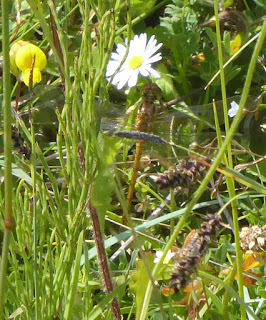 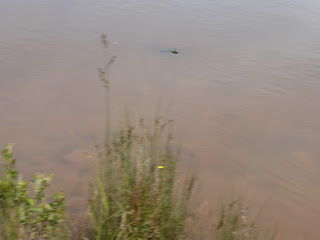 Two introduced species seem to be flourishing:
1. Signal crayfish - this pile of debris on the main pond are the remnants of this species eaten by otter. Spraints surround the area. N.B. The Otter are natural. 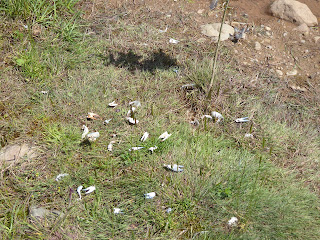 2. Fish in main pond. It is not clear how fish were introduced, possibly naturally. There were c400 7cm long fish taking small insect from surface. They appear to be Rudd, but could be more exotic. 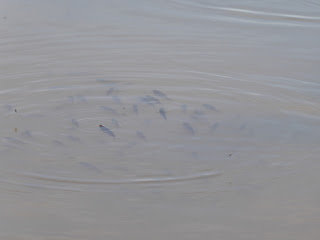 Two pair of mute remain each with 5 young.
Mallard with single chick represents the only young duck so far this year 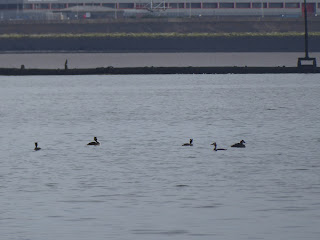 Grey seal - this female (I think), seemed to want to share her supper with me. I must look like an impressice male in my chest waders (I took it as a compliment!). She caught two of these flounders. These shots are not zoomed in, at times she was within 5m of me, I could hear every breath and every bone crushed. 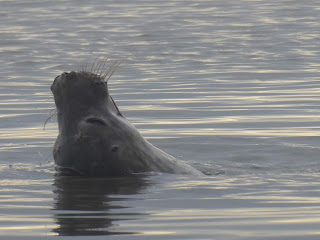 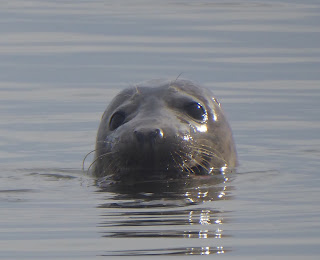 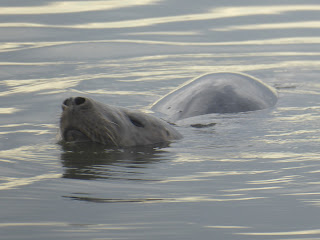 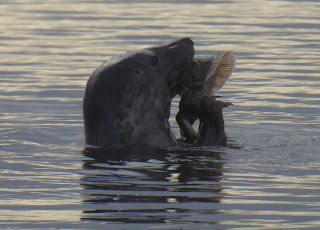 Finally, just a reminder of just how butiful the skeer is on a summer's evening 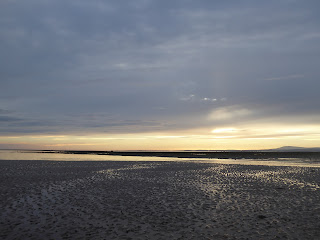