Having said that it was another frustrating day for ring-reading until Richard in the evening when three were read - all adults from previous years, hopefully with some interesting sightings since they were last read here - this time due to scope shake and alarm calling large gulls 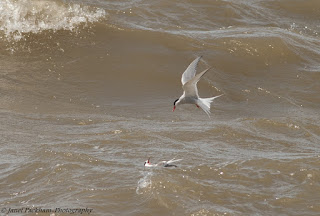 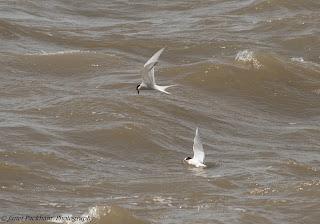 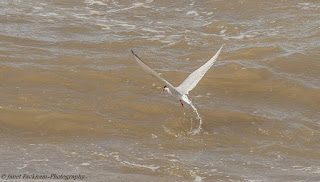 Two days running of dog problems on Red Nab - one of the dog walking companies yesterday - not one I am familiar with and comprising a single lady with an unnamed company.   Today a very distinctive lady in green with a red setter & smaller black dog and hair dyed the same colour as the Red Setter!

Please try and find an opportunity to explain about high tide roosts if you come across any flushing incidents - especially any perceived (likely repetitive) dog walking companies.