Heysham Obs
Whilst checking the waders to the south of Ocean Edge, the main 'vis' line this morning was connected with - Heysham can be a difficult site in this respect. Birds were coming in-off from the direction of Rossall and making landfall between Potts corner and Ocean Edge

The vis included a very noticeable concentration of Meadow Pipits between 0930 and 0940 with a 'flock' of 82, suggesting they had all moved on from a gathering ground on the Fylde.  In total, 262  headed NE between 0925 and 0945, but the subsequent 40 minutes 'only' produced 91 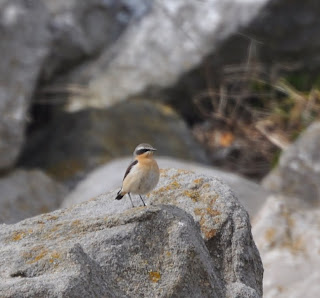 Thanks Janet
Coastal sightings
Meadow Pipit - see above - more to be added later
Marsh Harrier - cream-crowned, cream fore-winged individual in-off at 0945hrs on a north-easterly heading coming ashore at the southern end of Ocean Edge
Sand Martin - single with Meadow Pipit at 0940hrs
Twite - 61 on seed - two unringed & definitely no sign of Machrihanish bird
Bar-tailed Godwit - 2,700
Knot - 3,100
Dunlin - 2,200
Grey Plover - 125
.................all these were flushed by the Marsh Harrier and headed further south & landed off Potts Corner.  There were no waders within 400m either side of the DONG cable wire, despite no personnel moving up and down - the same pattern as observed yesterday

More sightings to be added from earlier in the morning

Mammals
2 of these on Heysham N R: 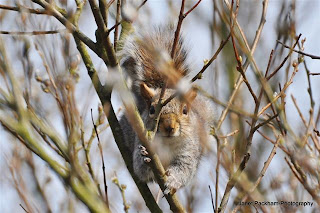 Thanks Janet
Posted by Pete Marsh at 11:40 No comments: