Nothing seemed to move early on during the fog this morning, epitomised by the lack of any Chiffchaff/Willow Warbler in the nets at Heysham and the nets at Middleton either definitely or probably picking up returning breeding birds.  In this respect, three Willow Warbler males ringed in previous years were caught. 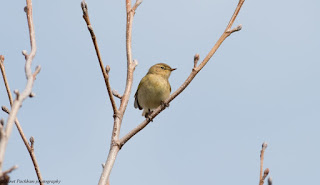 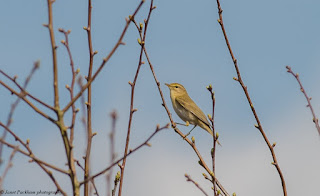 Nothing overhead of note either until:

Jean (at the nets) and myself (by the office) simultaneously uttered the word 'Chough' at 1109hrs as calls were heard high in the sky to the SW.  It flew over the top of the pylon line and spiralled down towards Half Moon Bay area.  It was not followed up immediately and could not be located later but it is clearly (assuming it is not a one-off passing through) seeing Heysham Head as a familiar 'clocking in location' whilst wandering about looking for a mate.  It does beg the question that surely it can be turning up any where within a thirty or so mile radius of Heysham, including its presumed former haunt of one of the Blackpool golf courses.  It does seem highly unlikely that it has flown as far as the Sefton coast with its observer saturation, but a key potential observer is currently absent from the Rossall area and the rest of the Fylde coast south of there is tricky to cover unless it goes inland over Marton or as far as Fairhaven.  As previously mentioned, it definitely flew over Knott End mid-am on 20th March 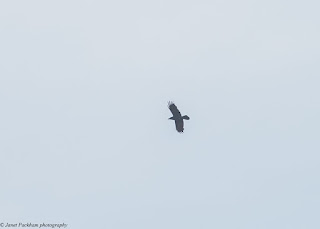 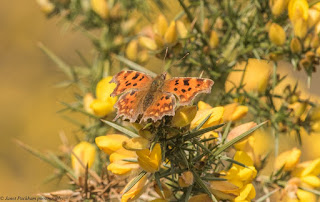 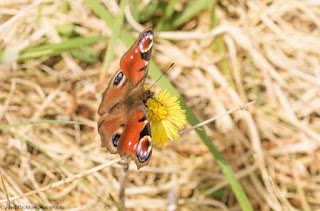 Thanks for all the pics Janet