Reasonable by this autumn's standards 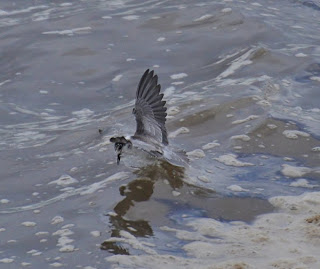 Heysham Obs
A good variety of clear still morning visible migration although the absence of jay (and corvids generally) or any hirundines was perhaps unexpected.  Interest included quite a number of Coal Tits, 'obvious' Bullfinch movement, high-flying Dunnock.  As is usual when multi-tasking in clear weather, some of the vis was missed.  A single Blue Tit descended noisily from the sky Falsterbo-fashion, the first such behaviour from this species noted this autumn.  Very early on we had to be very careful as the last of the showers passed over at dawn and this, combined with the ultra-stillness, led to the extremely humid air in the mist-net rides causing some problems with condensation on the nets 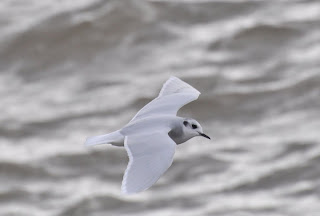 Insects
Red Admiral (SD46A), Migrant Hawker by the office and about 7 Common Darter seen, mainly SD45E.  2-3 Speckled Wood Nature park area.  Just two Pink-barred Sallow in the moth trap but at least one Nettle Tap moth still surviving in the mist-net ride by the office
Posted by Pete Marsh at 14:15 No comments: