Heysham Obs
Pre-frontal thrash this morning shamed by the Stonechat count to the south of here yesterday and theoretically decent weather for a bit of movement.  The best in terms of clear cut migration was five Song Thrushes in sparse vegetation in SD35Z - three together in the grotty bramble by the steps leading over the seawall by Heysham one outfall (!) and two on the approach route.  All dark olivy continental-types.  At least one, probably two further wary high-flyers were seen on a Middleton circuit, but no evidence of any other thrush species on the go - hardly a perceived major feature here in spring


The other landmark was the Eider count passing the National Importance threshold (550) for the first time I am aware of in this area of the Bay.  580 were counted in one sweep from the north harbour wall and surely King is a possibility in the new reduced Lancashire, having had to remove it from my county list when we lost Furness 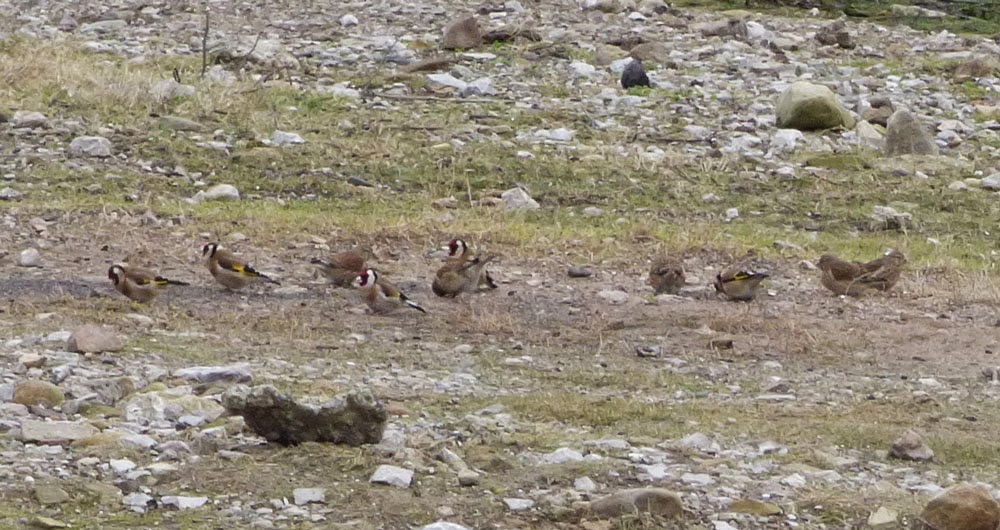