Heysham Obs
Slightly murky 'clear-sky' morning producing a lot of northbound Meadow Pipit and a decent number of grounded Goldcrests, especially after the easterly wind kicked in about 0830hrs.

Grounded/Ringing (to just after 1000hrs)
Chiffchaff - singing male by the reserve entrance and passage male early morning by the office
Goldcrest - 37 ringed, at least 10 seen to escape from nets as the wind increased, plus others obviously moving through - estimate 70+.  We tend not to dwell on ringing totals on this site, but it is worth mentioning that the Goldcrest total of over 120 ringed so far is already the highest spring total in the Obs history (since 1981).  Only two springs ago (2009), just one individual was seen and none ringed, following some severe weather!
Meadow Pipit - 9 ringed = 0.1ish% of those seen!
Dunnock - 1
Wheatear - 7

Moths/butterflies
Late Chestnut of interest. Peacock butterfly seen on reserve - surely more than this around?

Male and female Gadwall at Middleton: 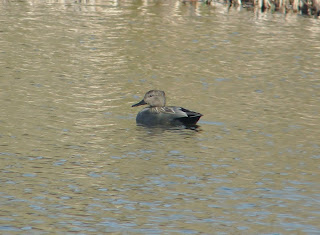 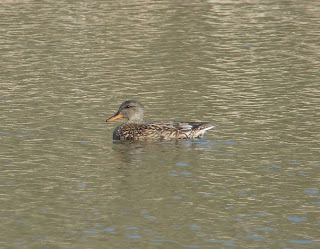