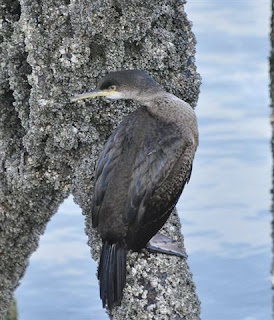 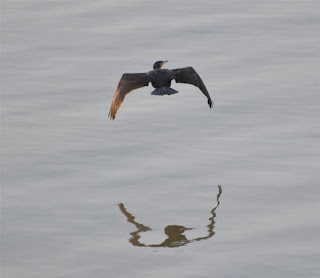 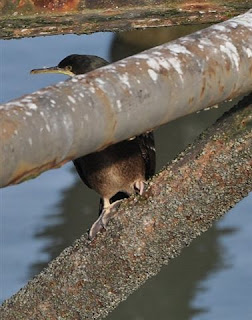 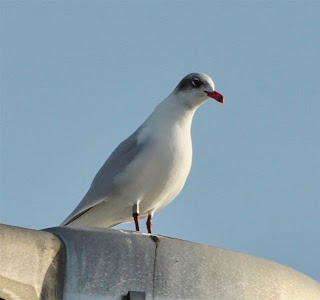 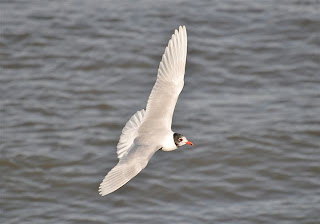 Artistic selection from the harbour area.  Thanks Janet - note the Czech-ringed Med
Heysham Obs
Not a lot happening today other than a further increase in Shelduck in the Red Nab area to just under 200.  The main surprise was a Golden Plover which flew inland with a gang of Lapwing mid-morning.  The cold weather has also dampened the enthusiasm of the early-season songsters with only Robin, Great Tit and Dunnock intermittently holding forth on the reserve

Ringing by the office
About half a dozen new Chaff/Green/Goldfinches and a retrap Goldcrest.  Certainly no obvious influx of birds on to the feeders in the cold, but sunny & not wind-chilling weather
Posted by Pete Marsh at 14:38 No comments: