Heysham Obs
Janet Packham photographed a Burnet Companion moth between the office and the classroom today in association with Mother Shipton.  The level of observation in this area is reasonably good (& Mother Shipton regularly recorded), so must be occuring in very low density (one at Middleton NR several years ago was not repeated................but they are not known to disperse).  Photo later. 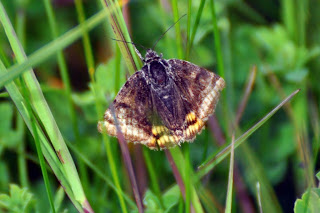 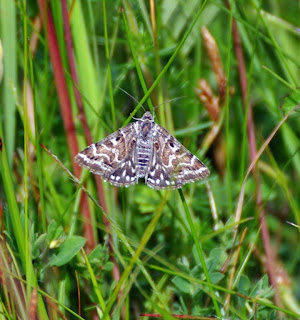 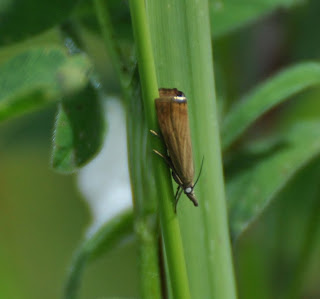 Burnet Companion (top), Mother Shipton and Chrysoteuchia culmella taken by Janet on a quick browse on the 'plateau', between the classroom and the office.  The only other record of Burnet Companion in this area was by the 'no swimming pond' at Middleton NR in 2001