Peregrine on the move 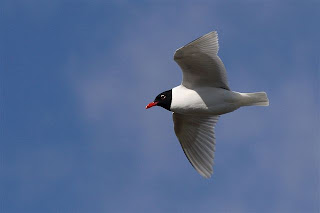 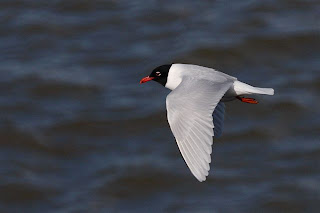 Heysham Obs
A Peregrine headed north over the Bay

Insects
First Bombus terrestris i.e. a bumble bee of the year careering around the car park. The Twenty-plume moth yesterday was found to be a 'jamjar-hopper' i.e. it was brought in over the weekend for identification from suburban Morecambe, escaped in the office & presumably crawled under the door towards the only light in the place after dusk!!!

Elsewhere
6 Waxwing A6 end of Rutland Avenue, Lancaster (the 6?). The (expletive deleted) Great Grey Shrike was by the trig point again at 1500hrs. Ad & 3CY Med Gulls at Leighton Moss but not interacting. A perhaps elderly Bittern was attempting to boom at Leighton Moss at 1850hrs
Posted by Pete Marsh at 10:57 No comments: