Heysham Obs
The hoped for Snow Bunting was not found but a rather unexpected Chiffchaff consorted with Wrens in the bits and pieces of bramble around the harbour waterfall.  Pity the winter atlas isnt still in operation as it would have been new for SD35Z!   Part of the moning was also spent addressing the niger seed with a whoosh net and hoping the Goldfinch hordes would move on and leave the food for the Twite.  A control Goldfinch of the Y484 sequence was of interest 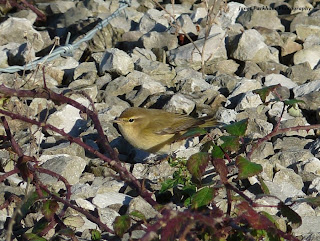 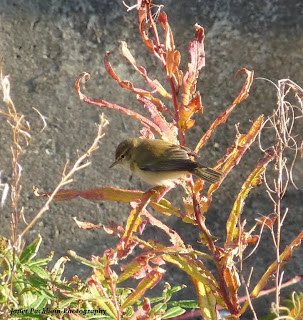 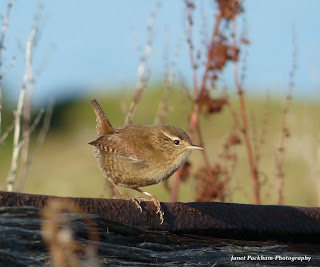 Thanks Janet for these,all taken by the waterfall on the south harbour
﻿
﻿
North wall
Twite - 4 flew in-off, but didnt linger, 3 new ones were ringed along with four retraps
Linnet - 2 ringed
Goldfinch - 21 new ones and a few retraps plus the abovementioned 'control'
Med Gull - 2 adults

Moth
Feathered Thorn in the trap