The theme of today was yet more Meadow Pipits but not easily detectable as the skies were blue and the birds were flying high.

Heysham Nature Reserve:
0630-1000hrs of intermittent vis
Meadow Pipit 232 (50 of which were grounded at Ocean Edge).  Judging by the gangs of 20 to 40 at a time coming to the tapelure used for ringing, there must have been many more, probably 10x more, than the 232 detected from ground level.
Woodpigeon 6 north (these have been a feature of vis further south in the last day or so)
Siskin 1
Goldfinch 1
Linnet 2
Thought I heard a Willow Warbler on arrival at the reserve but it may have been wishful thinking.  They should be arriving soon, tomorrow or the day after is my prediction (Jean writing).

BIG NEWS - a pair of Tufted Duck on the fire pond! 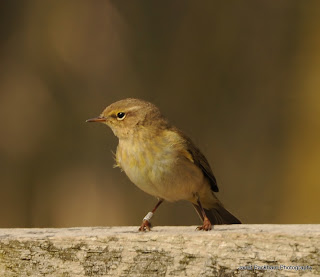 Here's a Chiffchaff we ringed earlier and nicely photocaptured by Janet.

North Harbour Wall
Twite - at least 44 still waiting for a turn in the weather (and for their usual breakfast of nyjer seed).
Visibility was so hazy that little could be seen out at sea. 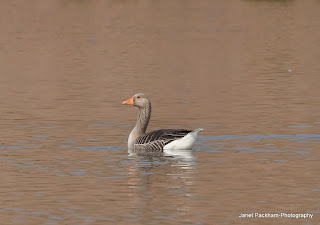 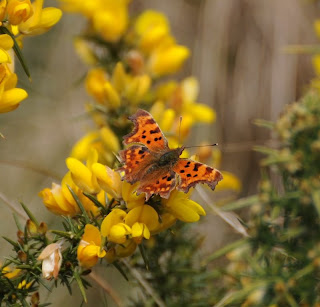