Run of the mill plus a blood vein 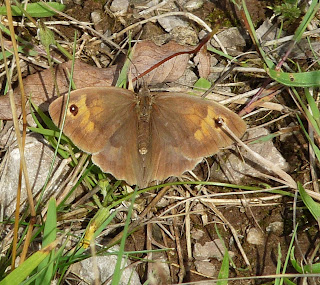 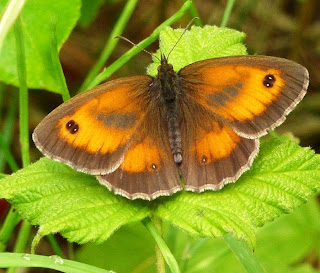 Meadow Brown and Gatekeeper taken today for comparison.  Thanks Janet.  I dont think I saw a single butterfly!

Moths
Another reasonable catch in the optimum westerly airflow saw the first ever Blood Vein allowing itself to be identified before disappearing out of the window.  Orange Swift & Agriphila latistria were new for the year and the catch included Dingy Footman & Barred Rivulet
Posted by Pete Marsh at 10:52 No comments: