A sprinkling of new species for the autumn

Heysham Obs
A couple of recent moths of interest: 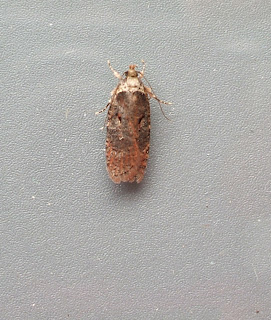 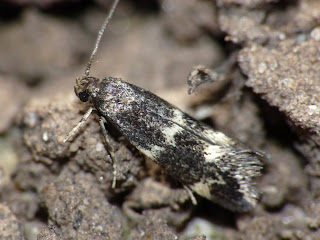 The first is Agonopterix liturosa which is a case of "at last" (to quote Steve Palmer) with respect to Heysham and indeed VC60 this millenium as there is plenty of the larval foodplant, St John's Wort species, here.  The second is Elachista atricomella, perhaps a consequence of the cataract operations as regards actually noticing it.  Thanks to Alan Draper and Janet respectively for the pics

Moths
New for the autumn were Orange Swift and Ruby Tiger with the most 'notable' being single Dingy Footman, Dingy Shears and White Satin