Heysham Obs
Awful first thing - no ringing and no vis and the latter just did not get going at all today other than a few albas.  A big fat Garden Warbler the best of the 'new' arrivals and the Yellow-browed Warbler gave occasional sequences of calls and one excellent view, but not when the visiting hordes were about at lunchtime!

Grounded
Chiffchaff - at least 15, including 7 trailing a large tit flock
Yellow-browed Warbler - one NE corner but generally elusive - showed well late morning
Garden Warbler -one nature park
Blackcap - male nature park - pished out with the above -surprisingly no others around
Coal Tit - 5 with big tit flock
Song Thrush - at least 6 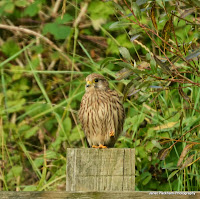