There is coverage but unfortunately people are having great difficulty posting sightings.   Please send to me and I'll do my best (working away most of time).   Thanks
Posted by Pete Marsh at 20:42 No comments:

Two chiffchaff on Middleton - collybita near solrec and a tristis type along the southern golf course edge hedge
Posted by Pete Marsh at 21:39 No comments:

Roe Deer save the day

Three Roe Deer together on Middleton the only sighting of note today (thanks Malcolm)
Posted by Pete Marsh at 23:55 No comments:

11 common scoter were in the Kent channel

The only other things worth noting were 10 eider, Czech med gull and about 18 small finches on the north wall

Middleton held 8 teal but nothing else of note with diving suck still absent
Posted by Pete Marsh at 19:22 No comments:

A circuit of the north wall sandworks and mound saw just one 1CY rabbit!
Posted by Pete Marsh at 20:01 No comments: 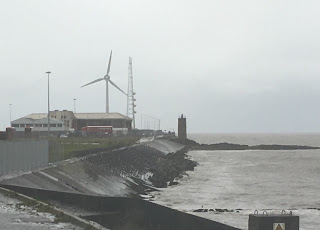 Oystercatchers and Redshank in the roost on the seawall yesterday
Jack snipe Middleton nature reserve but a virtual absence of wildfowl with no diving duck - never known this happen in non freezing conditions
Posted by Pete Marsh at 22:19 No comments:

1500 oystercatcher in field north of heysham head also fox!
Posted by Pete Marsh at 23:42 No comments:

Intermittent seawatching in the morning saw:

7200 oystercatcher heliport
420 redshank heliport early on at least
Posted by Pete Marsh at 23:33 No comments:

Nothing I am aware of from the 14th, certainly not from a very rapid circuit of the north wall

15th
Kingfisher - one by dipping pond Heysham NR (thanks Janet)

About 18 finches - 50:50ish Goldfinch/Linnet - on north wall seed.  Still no lingering Twite despite a significant number much closer than last autumn/winter
Posted by Pete Marsh at 23:49 No comments:

The main feature today was Blackbird as some murky conditions and very intermittent drizzle saw a decent late autumn fall.

The view from the top

Heavy overnight rain had left puddles and slippy leaves everywhere. Heysham Barrows was doubly treacherous as a result, having to avoid multiple dogs racing around and watching your step on the leaves in the wood and the wet grass on the slopes. Having successfully reached the "summit" the view from the top yielded the following:

Common Scoter - a raft of 27 in the distance

What was shaping into a watching paint drying circuit livened up a bit as the Isle of Man ferry appeared.   It seemed to have dragged in a tight flock of 26 kittiwake which continued into the bay. Almost immediately afterwards, a flock of nine golden plover gained height and seemed to go inland over the barrows.   Odd?  Perhaps spooked by a peregrine further south on the lune estuary

North wall
5 linnet and 6 goldfinch (just one ringed) on seed and a bizarre encounter with two birders surveying the heliport for passerines!   More surveyors than birds!!  One meadow pipit at the south end.
Posted by Pete Marsh at 18:46 No comments:

Only one Waxwing and a new office 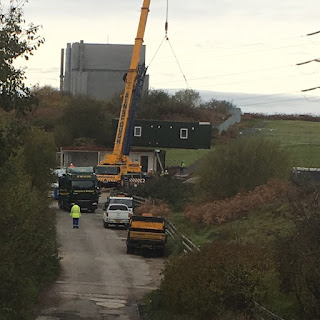 Hopefully significantly, at least one Twite was on the seed on the north harbour wall this afternoon

Waxwing - one sewage works entrance just dropping from treetops on to rowans when a van turned up and reversed and the warning noise spooked the bird and it headed off SW.  Probably just arrived (1030ish)

Chiffchaff - in line of screening planting running west from sewage works with a rather odd disyllabic call as you sometimes get from these late birds, but not Siberian.  Couldn't see it as spent the whole time on sewage works side of dense trees

Redwing - at least 6 Heysham NR reserve entrance but no access to reserve for further checks
Posted by Pete Marsh at 20:25 No comments:

North Harbour Wall
As the tide turned to incoming the following were fishing in or floating in on the low tide channels:

No Twite but about 40 Linnets at the feeding station

Outfalls
Ad and 2CY meds on seaward end Heysham one

Three meds and a boat

A freezing cold walk around the sandworks saw 27 linnet, 4 goldfinch and a rock pipit

Watching a freight ferry in saw three adult meds in tow. None of which flew out to meet it therefore unlikely to include the Czech ringed bird.  Extra meds following ferries are very inconsistent
Posted by Pete Marsh at 13:43 No comments:

Just 6 teal, 3 tufted duck and 7 mallard on a trawl round windy Middleton
Posted by Pete Marsh at 22:38 No comments:

A check of the north and south harbour for snow bunting revealed virtually nothing of interest bar the wigeon being up to 140 and about 10 linnet on the north wall.

Events elsewhere notably Walney suggested we should have carried on intensive coverage for the first two days of November.  As it was we just had bits and pieces:

The weather suggested a half-chance of finding something decent today, but it didn't happen with a couple of likely locations receiving no coverage 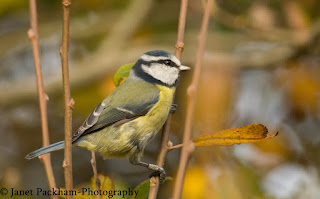 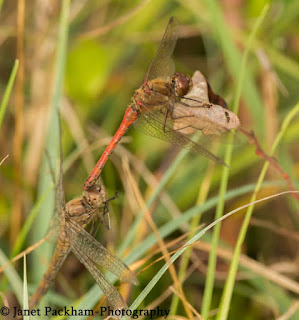