Little Gull
One of the individual birds with a unique status in this area, indeed possibly, with this species, in the whole of NW England, is this presumed returning adult which moults whilst it feeds in the region of Heysham Power Station outfalls late July to early/mid October whence it presumably 'goes pelagic'.  Thanks to Janice for this composition of it in active moult today: 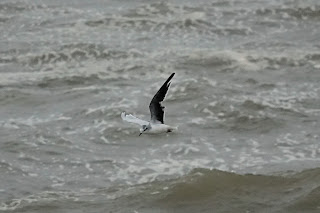 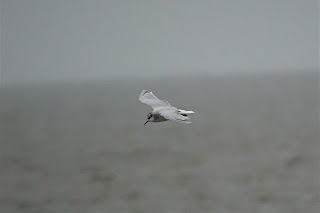 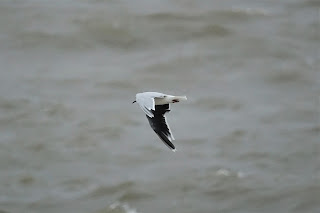 The front was probably a bit too west to east rather than approaching from the south to produce a fall.  Indeed the perhaps surprising number of birds around yesterday seemed to have gone in the perfect departure conditions yesterday evening with fewer net arrivals this am.  A rather belated session at Middleton (should have been dawn onwards) was limited to two rounds before the rain alarm correctly advised it was time to take down

Outfalls/Red Nab/harbour
15 un-ringed Meds by the wooden jetty in the usual area, 13 on Red Nab included a white-ringed LL darvic and a green-ringed RL darvic - both probably long-stayers and the latter certainly one of the German birds (Axxx).  Just one juv around
Little Gull - ad around per Janice
Eider - female with 5 large young in harbour 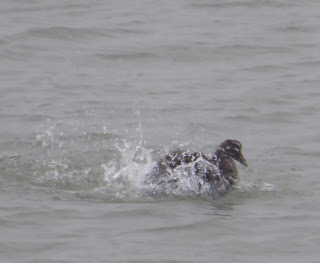 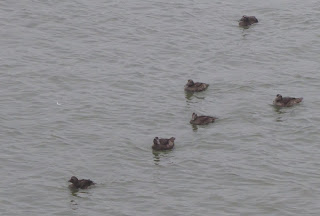