Goldcrest - female ringed, male heard singing
Wheatear - 1
Robin - unringed bird
Green Woodpecker - heard distantly early on HNR
Chough - flew over HNR heading SW at 0611 and was relocated having flown in from the SE at Half Moon Bay in early evening 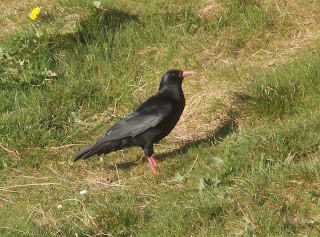 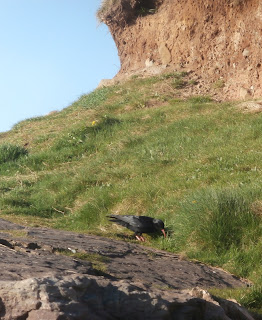 Whitethroat - IOY - two ringed but none heard singing - usually the other way round with this spp!
Shag - 2CY wooden jetty area late pm

Moth
Common Quaker in trap
Posted by Pete Marsh at 23:11 No comments: