Wind from SW, rain for most of the morning some sunny spells by the afternoon.

The last of the current spring tides today, 9.20 metres is just enough to cover the saltmarsh in these relatively calm conditions. Normally, by the end of a set of high tides, the Snipe have got fed up of being flushed twice a day, and so numbers dwindle. Not so today, possibly because there seemed to have been little human and canine disturbance. 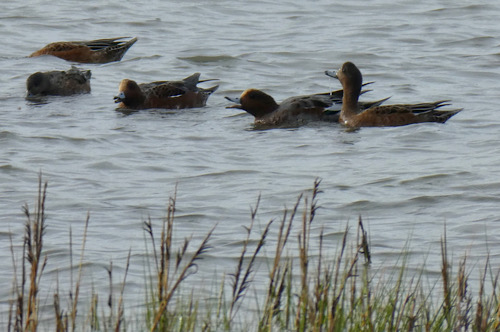 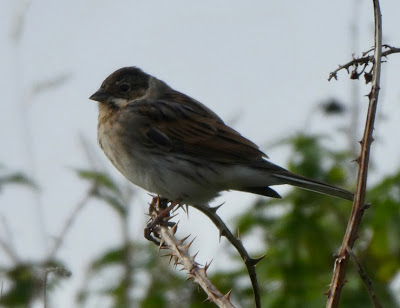 Linnet 13
Meadow Pipit 1 grounded
Rock Pipit - none
Wheatear 2. One was a particularly plump rufous bird
Whooper Swan 9. 14:50 they came low above the foreshore before cutting over to Potts Corner and continued south 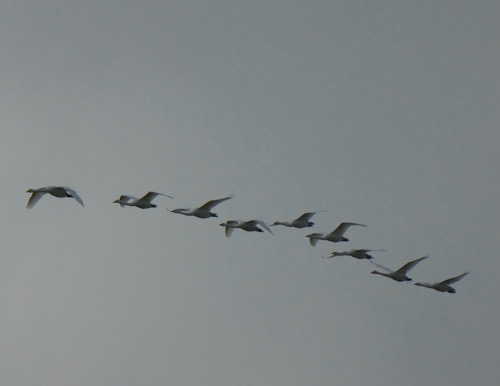 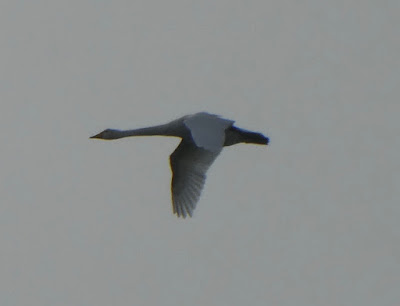 There was a mixed tit, mainly Long-tailed Tit, feeding group in the copse behind Red Nab. Including:
Goldcrest at least 2
Blackcap 1 female - not sure if it was actually with the feeding flock or just in the same tree.
Kevin took this shot of a beleaguered looking Pinkfoot. Hopefully just taking a rest in the harbour. 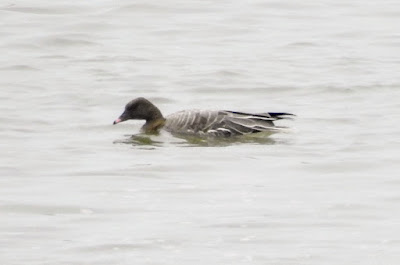