Told off twice today for not saying on here that birds were not seen as opposed to not mentioning them!   Need to show more awareness of our responsibilities to target birders

Chough - a big NO during normal working hours but it may still be roosting on the Head, leaving early and returning late
Velvet Scoter - a slightly smaller NO as there is a big vast expanse of sea out there but the "guiding" large Eider flock has broken up
Iceland Gull - the 3rd S was sitting on a lamp stand on building just south of waterfall at high tide 0900ish
Common Scoter - pair out
Meadow Pipit - single figures north
Goldcrest - at least one! 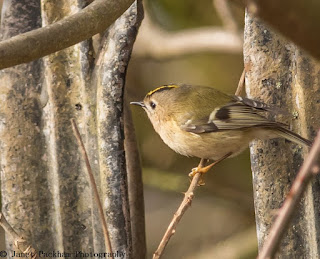 Scandinavian Rock Pipit - one in summer plumage briefly on Half Moon Bay shore in am
Brent Goose - 15-17 on Red Nab at high tide (3 dark bellied), 17 definitely flew to the north side of the headland as the tide dropped and distant binocular views suggested at least 15 pale-bellied.  So in theory one dark-bellied left on its own on Red Nab and this has happened before!  Goodness knows how we are going to write these up accurately starting with are they the same birds as prior to the few days without any sightings or are they commuting regularly across the Bay!   We should really be studying and photographing each individual to compare plumage minutae but is it really worth it? 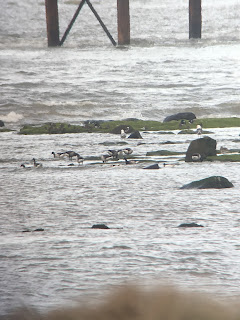 Little Grebe - one on fence pond 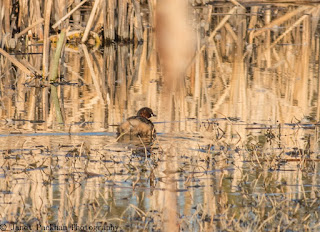 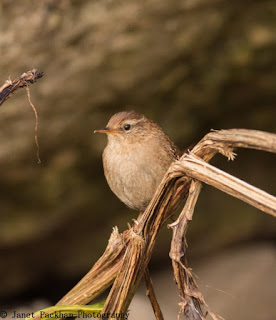