The second pair of rock pipits back on the agenda

These are so awkward to monitor compared to the straightforward scenario on Heysham Head.  Up to three have been seen and pics taken which seem to show a young bird

Two raptors flew over very high mid-am about 30 mins after each other but seemingly very different agendas.  One was an Osprey, the other seemingly either a lost hacked or locally flown (investigation in progress) black form of Gyr Falcon, as bred by falconers (reminds me of the white Mandarin with some fancy self-indulgent avicultural name which was around my house until recently)
Other vis:
Swallow - c70
Sand Martin - 4
Swift - 1 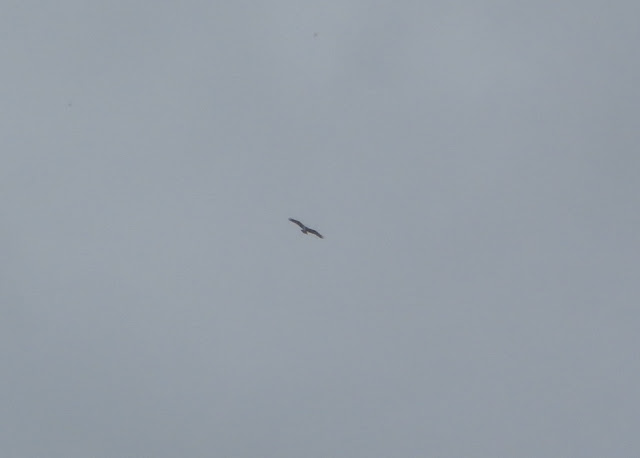 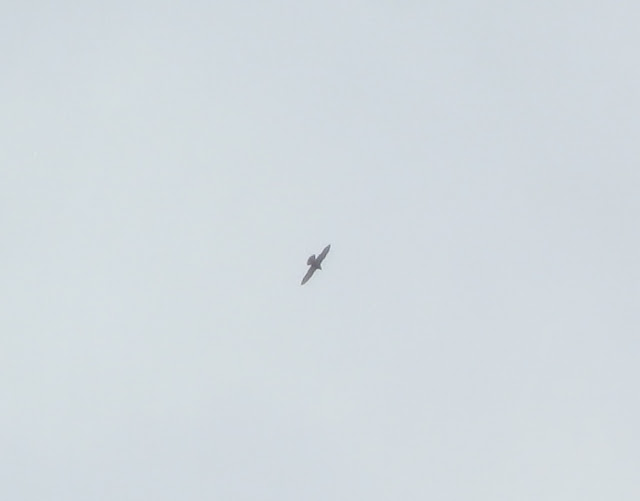 Ringing at Middleton
This was quite interesting with a little flurry first thing, then quiet, then another flurry from mid-am.  Hardly any phylloscs left from yesterdays presumed arrival - they sometimes linger at Middleton and the highest warbler new bird total was 9 Lesser Whitethroat taking us well into the 60s for new-ringed birds.  What a shame the rest of this month does not look good for Middleton ringing or we could have been seeing record totals.  Still no Blue Tit flocks (just two out of 70 new birds)