Heysham Obs
A cool morning with the hitherto active wasps nest near the office all on their laptops ordering zimmerframes.  Zero moths and very few other insects seen this morning.  Birds were mainly limited to quite high vis mig, other than a few Blackbird gangs passing through the bushes

Vis mig rather too late (0720) to 0930
Chaffinch - 124
Greenfinch - 120
Goldfinch - 115
Woodpigeon - 26+14+6+1
Bullfinch - notable this morning were the following southbound high-flyers: 4+2+1+2
Carrion Crow - at least 8 migrants
Raven - 2 singletons south
Rook - 2 singletons south
Jackdaw - 11+13 south (& 2 Jay and several Magpie round the office)
Brambling - heard early on (singleton?)
Siskin - 2 singletons - scarce this autumn
Whooper Swan - flock of 7 really high on NE-SW heading - structure seemed to rule out Bewicks
Sparrowhawk - one male appeared to come 'in-off' from NW and spiralled off to the SE until a tiny dot in the sky.  Undoubtedly a late migrant!
Meadow Pipit - 1
Linnet - 2
Yellowhammer - male flew from the NE, and appeared to land in the direction of the power station 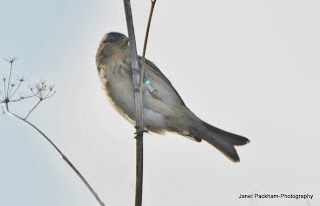 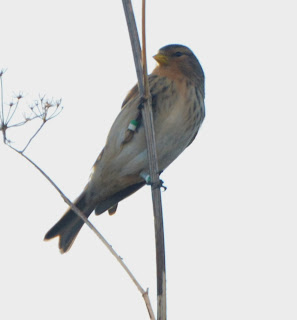 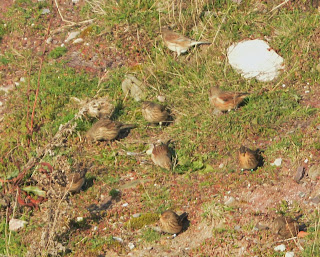