The overnight winds turned towards the NW and eased quickly. I've not heard of anything of interest on the sea as yet (MD) - possibly more later

Lighthouse area - two short visits
Morning
Rock Pipits - 1 standing over nest site, plus 2 flying around with trailing bird constantly calling. Suggested adult with juvenile in tow, but I  didn't get a decent look.
Dunnock - resident birds have at least one newly fledged young.
Afternoon
Just the one sentinel Rock Pipit
A couple of moths sheltering from the wind. A Cinnabar plus this Yellow Shell 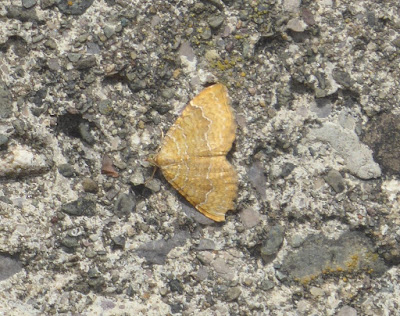 The worn wings are typical of insects seen in this area, which have normally arrived in off the sea.

A grey seal was slowly drifting with the ebbing tide, some way out. It appeared to be asleep. 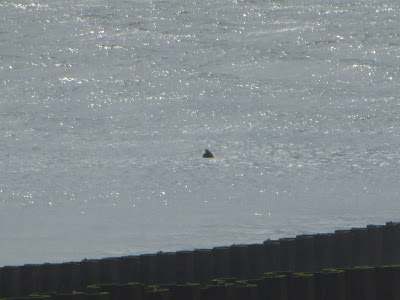 But, it did manage a yawn - it really was that exciting!

These Lesser Black-Backed gull's chicks are well camouflaged on the ferry terminal roof. There are two, centre left. 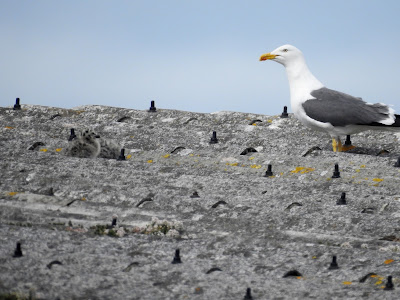 Heysham Nature Reserve - KE
This is a nice sheltered reserve, with plenty of flowering plants attracting many and varied insects. 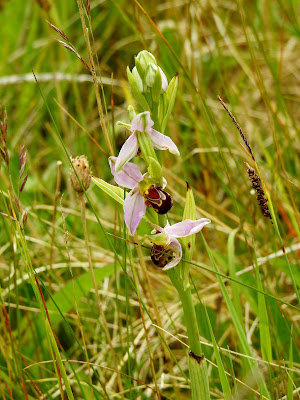 The Bee Orchids are now showing well on the central plateau 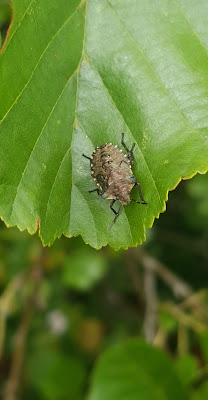 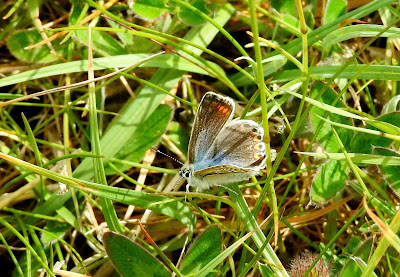 Toad in the hole 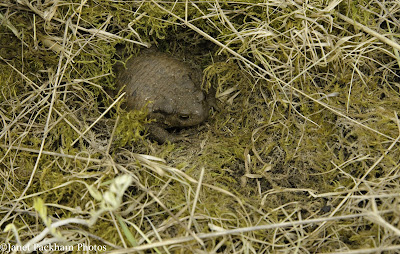 Janet took this on Middleton Nature Reserve - this Common Toad has puffed itself up to look intimidating - it works!
Posted by Pete Marsh at 21:29 No comments: