Windy but still ok for insects

Red Nab at low tide
26 Med Gulls, including two juveniles and about 6 2CY but some hard to age as they were bit-parts hidden behind rocks.  Just the one juvenile and one 2CY visible on the outfalls

Middleton
Dragonflies at Middleton saw hordes of Common Darter amongst which was this one - I don't think it is a Ruddy as the yellow thoracic sides appear to be hidden in shadow and the legs deceptively dark - also never seen one on bare ground even when they were common here.  Also a Black-tailed Skimmer still, 6 + Emperor, 3 Brown Hawker (thanks Malcolm) 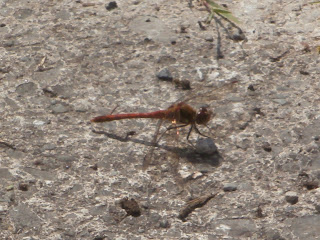 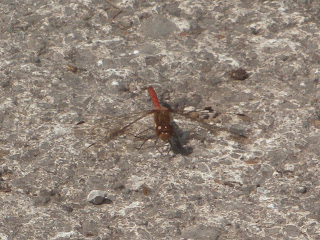