More Skuas and a top moth

The wind was quite fresh and swung from north early on NW mid morning and west by the afternoon. Steady rain first thing but brightened up later in the morning, then mainly sunny.

Report from Pete:
Sea 0610-0740 north wall: niggling rain straight into optics, even with extension pulled out a nuisance for the window clamped scope so may have missed something wiping the lens:
three Arctic Skuas flew in at 0630.  The first was picked up chasing a Sandwich Tern before heading in when it was joined by two more (getting up off sea?). The first bird was a dark morph. The views available did not allow confirmation of morph type for the other two.
The rest was all during the early period before the wind swung NW from N:
Guillemot 4
Razorbill/Guillemot 4
Kittiwake flock of c7 in
Sandwich Tern 6
Gannet 4
A quick check of the south shore:
Whimbrel 1 on Red Nab
Grey Seal 1 out from outflows
Middleton Nature Reserve
A mid morning report from Janet: 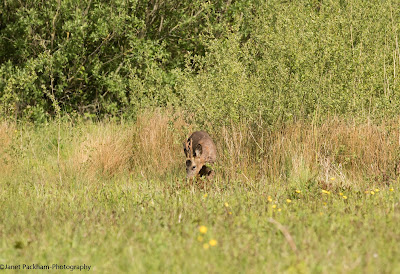 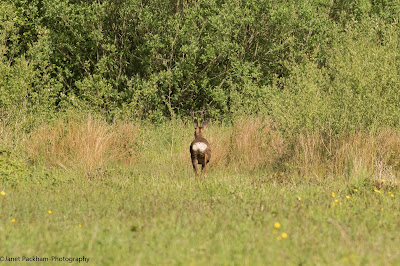 Heysham skear - low water 15:30
My only contribution today was what I didn't see! (MD)
Eider 3
Little Egret 6
Apart from the omnipresent Oystercatchers, the only other waders were:
Curlew 2
Whimbrel 2
Not a sign of the Turnstones.
Also Great Crested Grebe and Red-breasted Merganser not seen, but I might just have missed them.
Kevin only had one moth in his trap this morning but it was a very special one!
Chocolate-tip
Posted by Pete Marsh at 20:44 No comments: