Heysham Obs
Fortunately there was a Twite-ringing session this morning...fortunately for the 3CY Med Gull which ended up with a barbed hook in its mouth with the weight at the other end jammed into a crevice on the seawall: 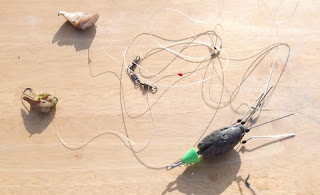 The hook was successfully removed and the bird seemed none the worse, so we added a darvic ring to the above-tarsus Belgian metal ring as follows: 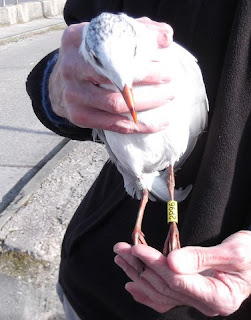 This should make individually identifying this returning bird much easier when it comes back as an adult.....assuming it doesnt swallow some anglers bait away from assistance......and maybe it will be recorded on passage/on its future breeding grounds
Twite - 29 caught, including 4 unringed, the metal-only bird ringed elsewhere which was caught in January (origin unknown as yet) and the regular Machrihanish bird
Med Gull - no obvious sign of any adults today 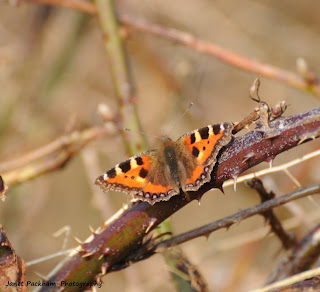