The SW winds blew hard, and, mercifully the rains largely held off till later in the afternoon.
Several observers contributed to today’s records: SC, PC, MJ, NG, KE, JR, PM, MD . Thanks to all. 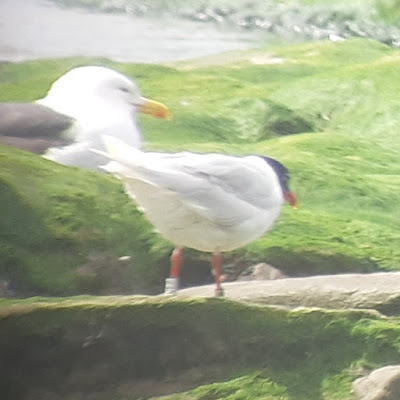 One of the adult Mediterranean gulls had a white darvic ring. Matt came tantalising close to reading it. Almost impossible with the driving wind and Red Nab rocks. 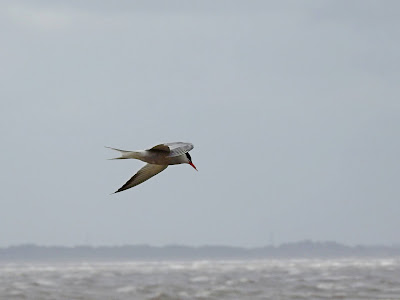 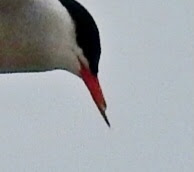 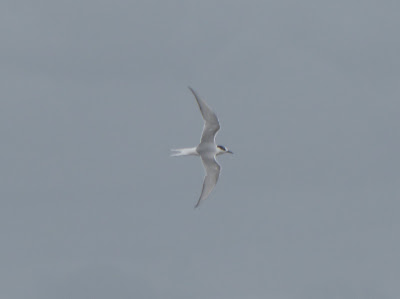 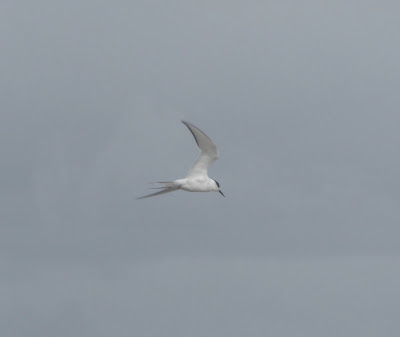 The 2cy Common Tern with no moult contrast creating the wedge.
Posted by Pete Marsh at 21:00 No comments: