Some come, some go

The early NE breeze strengthened and shifted more to east as the day progressed. Still warm in the sun.

Heysham Nature Reserve - morning
Butterflies abounded on this reserve, which is largely protected from the wind. Including: Orange Tip, Brimstone, Small Tortoiseshell, Comma and Speckled Wood. 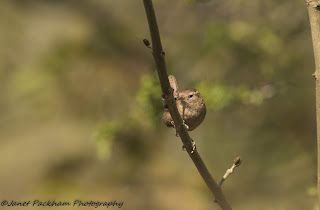 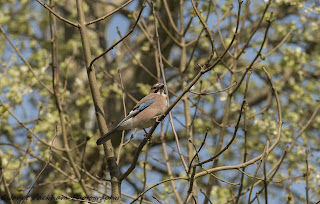 Exercise walks at the reserves, are about taking pleasure from the nature around you (MD) -  Wren and Jay pictures by Janet. 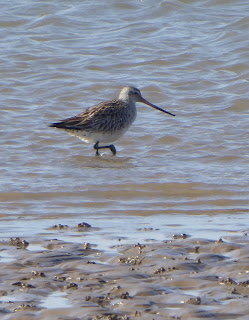 This Great Blak-Backed gull had found this flounder (probably discarded as "too large to swallow" by a cormorant). It wasn't for sharing it! 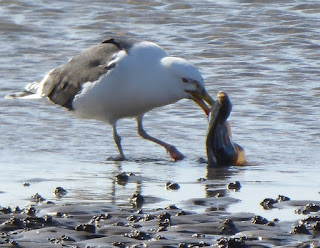 Knot.
There wasn't much of the skeer showing, but quite a decent area of it was covered by c4,000 Knot. They were not feeding, they just stood as they do at roost. Then as the tide moved them on, they formed one dense flock. After a spot of murmurating, they gained height until the flock became just a smudge, then disappeared. It would seem that they were moving on. 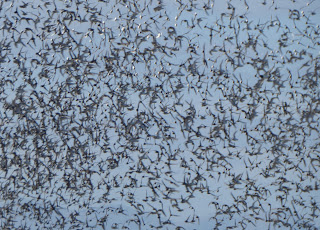 This gives an idea of how dense the flock was before it gained height.
Posted by Pete Marsh at 20:31 No comments: