The strategy today in the cold northerly was to vis mig the high point to hope for Hawfinch and check the mound area and hope for Twite and Snow Bunting.   It didn't really work out like - equally good but more unexpected - with the highlight being the second brown Lesser Whitethroat of the late autumn.  Unfortunately this allowed just a few record shots and was silent throughout.  Surprisingly the tern duo was also still there late afternoon.  Thanks to Dan, Malcolm and Joanne for pics

Grounded
Stonechat - two Heysham Barrows
Rock Pipit - one by near naze
Meadow Pipit - c25 north harbour wall until scattered by vehicle whence half of them flew south west out to sea.  A not unprecedented late flurry of movement
Merlin - female by 1/2 moon bay café late afternoon
Goldcrest - very few with no more than 10 in total despite good coverage
Chiffchaff - one in scrub inland from 1/2 moon bay car park
Lesser Whitethroat - brown one - similar to the one caught the other day, but seemingly more white on T5 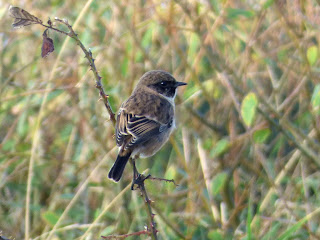 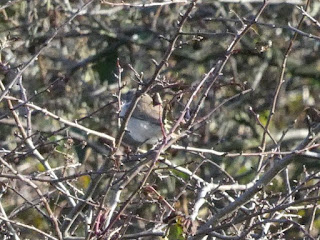 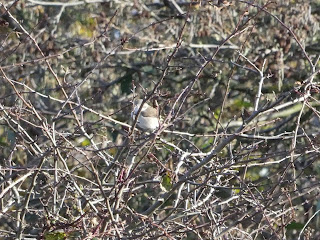 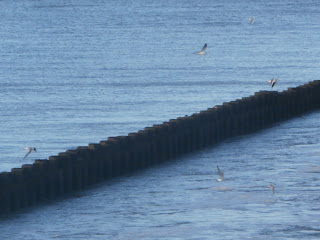