Glaucous Gull - seen at least  0930, 1100 and 1400 ish - I think all sightings were wooden jetty or from the north harbour wall
Shag - 11
Guillemot - 7
Purple Sandpiper - two together under the wooden jetty last section or in penultimate 'gap'
Little Gull - two 2CY
Med Gull - two adults (e.g. roosting on Fisher's roof) but no reports of 2CY
Kittiwake - minimum of 40
Twite - early morning maximum of 22
Linnet - one
Rock Pipit - one 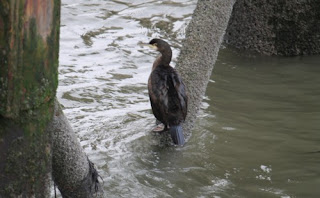 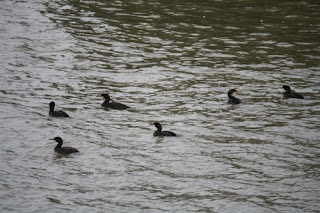 Shags in the SW corner of the harbour, showing their favourite perches.  Thanks Pete
Posted by Pete Marsh at 23:56 No comments: