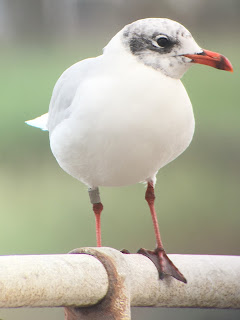 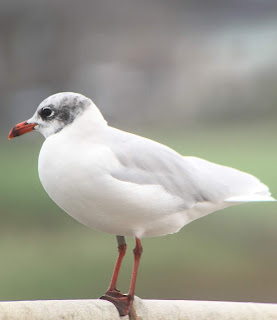 Present every non-breeding season since arriving as 1CY in 2003

Useless seawatching today with a great big clear slot over the whole of the Irish Sea at the optimum time we needed a few squally showers over the tide:  This synopsis would be fine in spring when you are looking for a north-easterly corridor for northbound seabirds, but no good when you are wanting rough weather to blow things back against the direction they want to go [synopsis one hour pre-high tide].  In late afternoon Nick informed of a close Leach's Petrel heading for the recording area past the Stone Jetty.  In retrospect looked along the wrong line and should have seen all the kite surfers at the Battery a bit earlier - they must have sent it way out.   However the visit to the north wall was not fruitless as the Czech Med Gull perched very close and the ring re-read - first time definitely seen this autumn although a 'metal on right above tarsus' was seen on the south side about a month ago 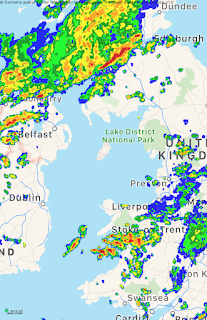