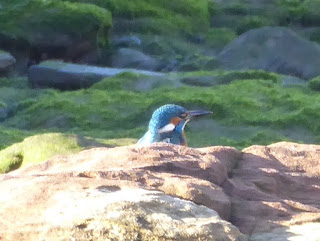 Crimson Rosella - the source of the mysterious calls heard a couple of evenings this week was finally found. 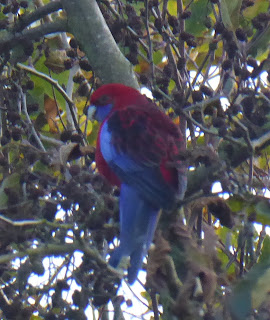 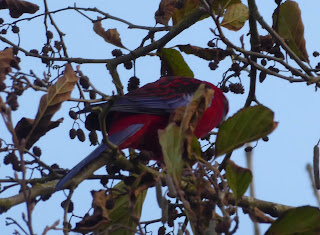 The parrot was feeding on these Alder cones just across from lower car park.
Posted by Pete Marsh at 13:50 No comments: