Janet went to do some photography on the south harbour wall and came up with these. This Rock Pipit is clearly not a littoralis and is of the nominate form, perhaps a northern kleinschmidti, but in the absence of any suggestive measurements it could equally originate from more sedentary populations further south. Any opinions anyone, please?  It has been hanging around extremely elusively since the winter period.  Nearby were two Pink-feet, again not end of May candidates but perhaps injured 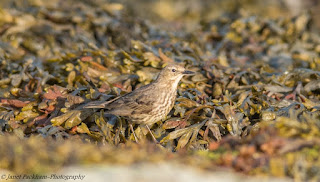 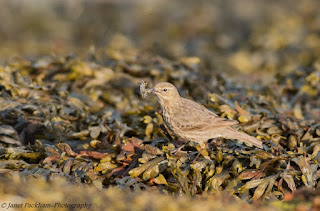 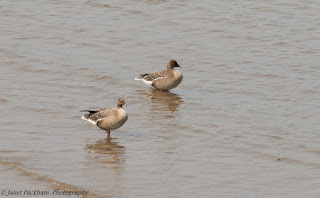