Heysham Obs
Two pics taken by Janet today.  Little Owl used to breed in the Obs recording area until very recently and still occurs in the adjoining tetrad SD45J.  This pic was taken within 1km of the recording area but it is about 8 years at least since one was last seen on Middleton NR.  Jays on the other hand have colonised over the last few years which has been a bit of a nuisance as it is more difficult to discern any migratory movements.  Ideally you dont want any resident birds at a Bird Observatory! 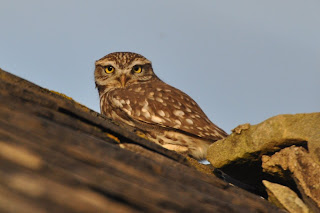 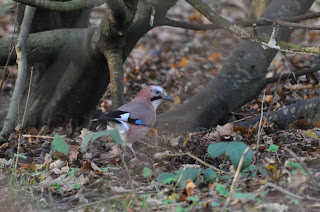 North wall
c25 Twite, 'some' Goldfinch plus on Rock Pipit

Absolutely dead around the mound/south harbour/in the harbour/outfalls with the best being a Robin on the mound and a Wren by the wheel!

Lot of mossies in the moth trap but no moths
Posted by Pete Marsh at 18:07 No comments: