Goosander 1 drake flew in,
Arctic Tern 10 in at mid range then 31 in at close range.
Little Tern - one ‘following’ the first Arctic Tern flock but getting left further and further behind as it hovered to feed several times.
Sandwich Tern - all on the move this am totalling 17
Common Tern - two roosting red nab then flushed 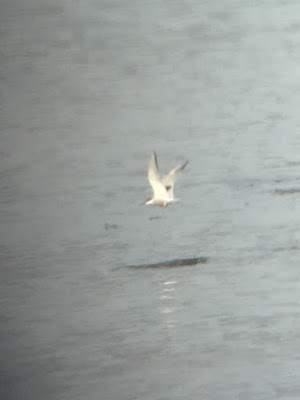 Impressive picture of in flight Common Tern, considering by phone camera through scope!

Hopefully more to come
Posted by Pete Marsh at 20:02 No comments: