A few seabirds and trashed insects

Offshore/transient seabirds (thanks to Tom & Mick Wilmer for the later stuff)
Bonxie (Great Skua) - one distantly in about 0815hrs
Manx Shearwater - one across the mouth of the bay about 0835hrs
Gannet - one out 0820hrs, 2 later
Kittiwake - 3 juvs in the harbour early on, then up to 30 milling around the harbour mouth after the squall - unusual in recent Augusts
Fulmar - 4 out after the squall
Common/Arctic Tern - one rapidly and distantly out was amazingly the only tern seen 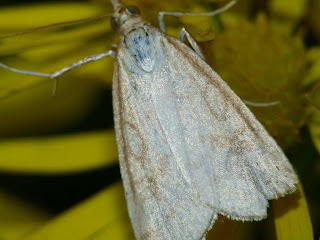 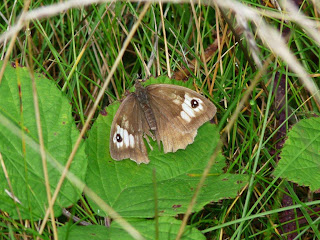 Udea lutealis and Meadow Brown suffering in the weather.  Thanks Janet
Posted by Pete Marsh at 15:36 No comments: