I set nets in the only two accessible rides from 06.30 this morning - the water levels are very high currently. It was chilly with a very heavy dew at first making the guy cords, poles and nets tricky to handle. The sky cleared around 09.00 and a light NE breeze got up.

A modest catch of 20 birds consisted of :

Dusky Warbler 1. (This took some time to confirm, sorry it was missed from original post (MD)) 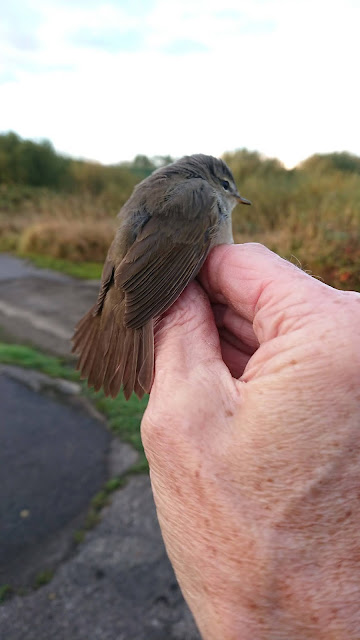 2 groups of 6 further Redwing appeared from the south and dropped into the northern part of the reserve.

Red Nab to saltmarsh area - high water 09:30 (MD)
There were at least 60 birds feeding on the mustard seeds this morning, mainly Greenfinch, but at least 3 House Sparrow and 5 Goldfinch. The Goldfinch must have just been drawn in by the feeding frenzy, I doubt the large seeds would suit them, but they were eating the buds off the adjacent willow, as were some of the Greenfinch and Sparrows.
Wigeon 135
Rock Pipit 2 on Red Nab
Song Thrush 1
Common Snipe 3
Both the above on the saltmarsh, as was the regular Kestrel, today it had caught a small rodent.
Redshank 50+
There were a number of walkers just south of here, so the shore/grounded birds that I'd hoped to see were long gone. But a dark distant blob on the sea was intriguing. As it drifted closer I decided it could only be debris or a seal, but closer still revealed a profile, if it was a seal, not a grey one, but perhaps a Common.
By now the tide had turned and the blob drifted back out again, never once changing its profile. But I wasn't happy, it was floating too light in the water for a seal. I then remembered an early clip I'd taken, when it appeared to move. When I zoomed in to that clip it was clearly a bird, that had only so briefly revealed itself. It must have been in my view for over 10 minutes, but apart from these few seconds kept its head tightly tucked in.
Heysham Nature Reserve
I was thinking of checking Middleton this afternoon, but Pete advised that there were a lot of Siberian Chiffchaff being seen around the country and that Heysham would provide a better chance. It's a shorter walk and my legs were already feeling their age, so Heysham it was. And a very pleasant walk it proved to be.
Chiffchaff 2 - one by itself in the NE corner plus at least one with mobile mixed tit flock near the dipping pond.
Blackcap 1 male - also with the mixed tit flock
Jay 1
Thrushes sp 20+ - a flock passed west overhead, unfortunately I was below trees and only managed glimpses between the branches.
Fungi
I was going to start this section by declaring that I am no expert on fungi (MD). Then realised that would have been a woeful exaggeration, I know almost nothing about fungi, other than there were plenty of quite distinctive ones around today. I was going to try and identify them, but thought anyone who might be interested would either know better than me anyway or might want to go and try and identify them for themselves.
There is help, there are several notices around the reserve. This is one of them: 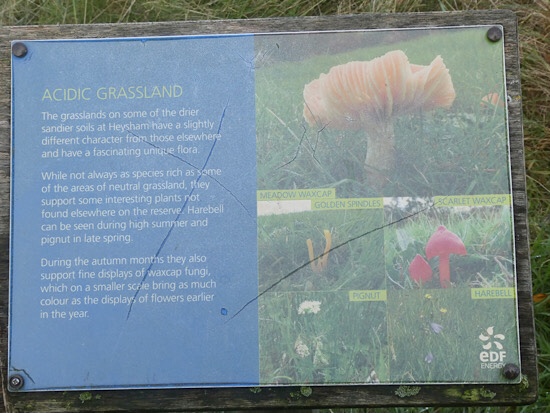 These first four shots were just in the short grass above the office. 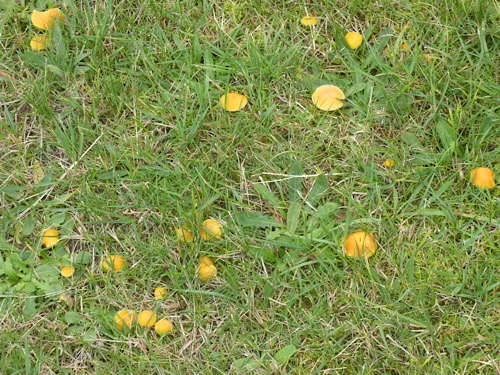 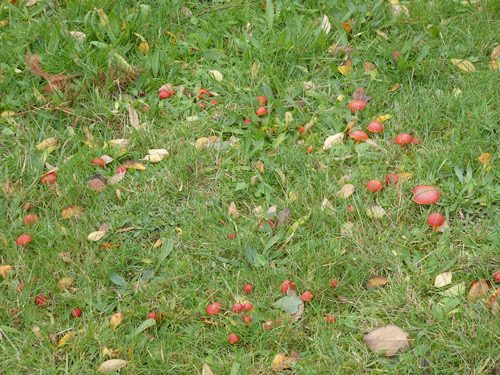 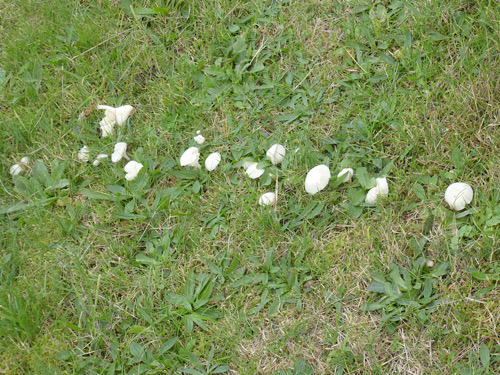 All the above were reasonably small fungi, but these in the Alder copse were large. 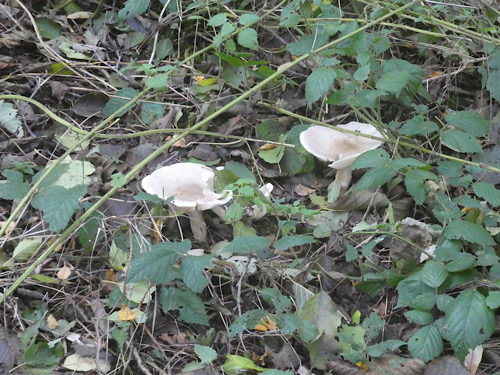 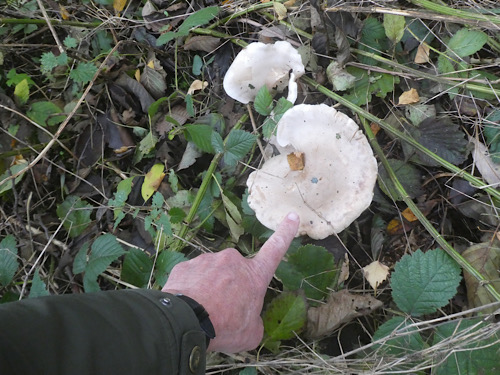