Pale-bellied Brent geese - they started arriving from west into the SE corner of Heysham skeer at 08:50.
First these 10 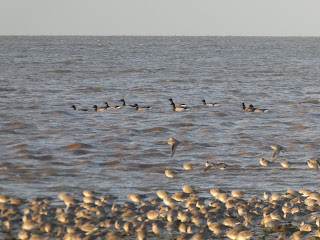 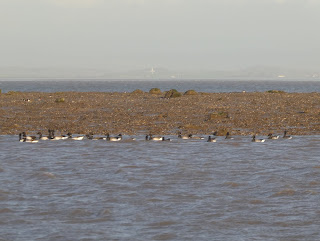 And by 09:55, 26 were moving in with the tide towards rocks in front of children's play area. 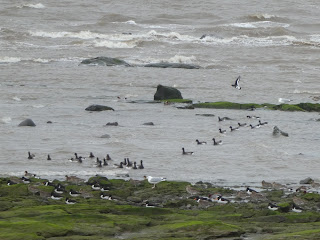 These eventually started feeding on margins revealing two of them to be the Canadian ringed birds seen here last spring. 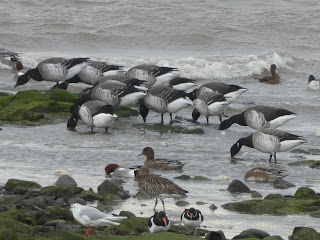 Ringed birds not on this picture 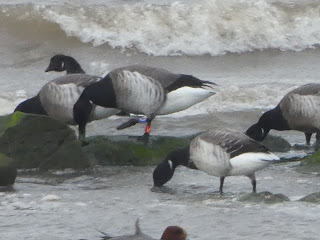 This is one of them

Some of the Knot from the heliport seawall last few days read by Richard and myself.  In addition some Dutch-ringed ones still to come: 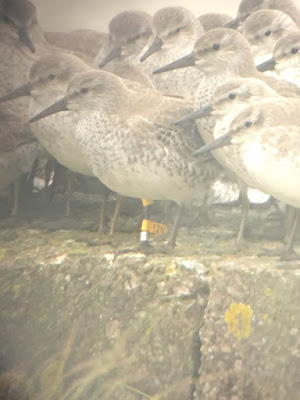 Note the classic moult on the Waddenssee before moving NW to winter with 12N.  Also change
of wintering location with K1 in 2019/20